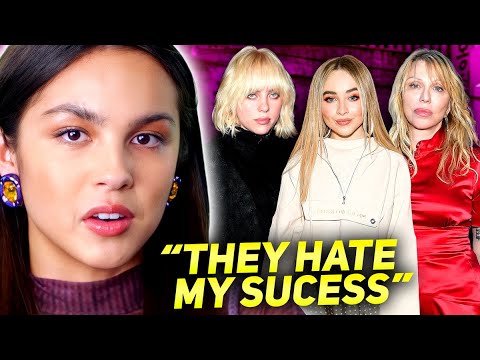 Olivia Rodrigo revealed in an interview that stars and idols she once admired became jealous after the success of her debut album Sour! Okay, who are these stars that she was talking about? And how exactly were they mean to Olivia? Jeez! Being a rising celebrity in Hollywood sure is tough!

Olivia definitely cemented her spot in the music industry as 2021’s it girl when she started releasing songs in January 2021. From “Drivers License” to “Good 4 U”, no one has dominated the charts quite like Olivia in 2021, and her debut album, Sour, was definitely a record-breaker. Well, even with the commendable success, Olivia also received a lot of hate online, with fans literally writing comments like, “Olivia Rodrigo is talentless, and I hate her.”