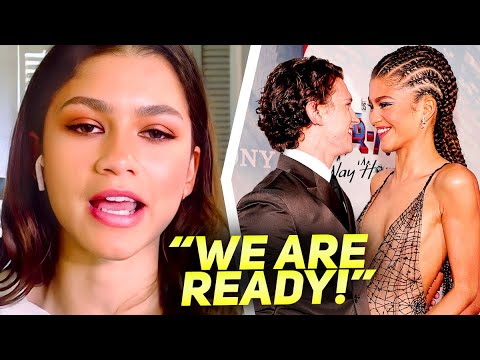 Zendaya Opens Up About Having Kids With Tom Holland

Obviously, fans are living for the relationship between Tom Holland and Zendaya , but did we just hear that they could be planning for the next phase of the relationship? Like having children? Okay, what have they both said about potentially starting a family together?

For Tom and Zendaya it’s been goals after goals and Zen even proved that she fits right into Tom’s family when she took a chauffeur-driven car to the Palace Theatre in London’s West End to see Harry Potter and the Cursed Child with Tom’s mother and his brothers.